Many people find volunteer work abroad a personally satisfying and economical way to have a holiday or vacation, make new life-long friends and accomplish good deeds all in one go. An overseas experience in your career field also enhances your job or advancement prospects. Volunteering can also be a minefield of good intentions gone wrong and can cost more than a luxury cruise. In this field there are many deserving and well-run charitable organizations and competent specialist companies but also there are incompetent or outright fraudulent groups out to take advantage of your desire to do good. The key to a rewarding experience is to do thorough research. You must investigate all programs carefully. You must also know your own strengths and weaknesses and think about what you want from the experience other than helping others. Whether you are a gap year student, an adult looking for a break or sabbatical, or retired, the choices are countless. In all cases we highly recommend that you contact former volunteers for the specific program or at least read reviews and forums about the organisation. Anything worthwhile takes effort. Your effort in finding the right volunteer opportunity to suit you will pay dividends throughout your life. Editorial by Michael 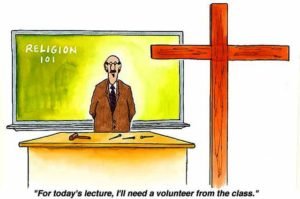 The good people at NursingSchoolsNearMe.com have put a lot of time and effort into The Definitive Nursing Volunteering Guide. Every nurse should check it out

In 2007 a friend who was an advanced veterinary student spent several weeks in the African country of Tanzania. She found the experience enlightening and life-changing on several levels. She was so impressed with the two agencies who sponsored her working visit that she intends to support them further through fund-raising events. Those two are: Volunteers in Irish Veterinary Assistance and Heifer International – Turns recipients into donors one animal at a time. Of course she also intends a return to Tanzania to visit her new friends.

Paros Animal Welfare Society over the years has done excellent work in rescuing dogs and cats on Paros.  You don’t have to be on Paros to volunteer.  See their web site . . .

One of the little known features of Paros is the Aegean Wildlife Hospital, one of two in Greece. Founded in 1995 and funded entirely by donations it has had a very successful history of treating and releasing mammals, reptiles and birds. Because of Paros’ position on a major bird migratory route between Africa and Europe the hospital receives a large number of wounded or exhausted birds. Of course injured animals are sent here from other Greek and Mediterranean locations as well. Olympic Airlines and the ferry companies have been most cooperative with free shipping.

s completely on volunteer help including local veterinarians and the Paros Clinic (people’s hospital) donates the use of some equipment and supplies. There is limited residential accommodation at the hospital for visiting vets and other volunteers. Animals which are injured too seriously to be released are boarded on the hospital grounds in as close to their natural environment as possible. Euthanasia is only used in extreme cases.

As any charitable and volunteer organization the Aegean Wildlife Hospital is always in needs of funds and volunteers. Please consider this opportunity to give something back to the island that has given “the best holiday ever” to so many people.  Their Facebook page

Tips for what to expect on a volunteer vacation

From the Travel Agent’s Association at TravelSense.org

At the core of voluntourism is the desire to help others. When it comes to travel, no group of individuals understand that core principle better that travel agents, for helping others travel better, safer and smarter is what they do best. Travel agents can help set up a “voluntour” program, save money on airfare tickets and plan exciting adventures for the down time.

My favourite charity, Kiva, also has a volunteer program

We now have separate pages for international living and world traveller information:

We also have a page with ideas how anyone can live at the beach and work from home:

Work is a Beach